Where we work, we would work with

Perennium currently operates in Switzerland, Africa and the Middle East, as well as in selected European countries. We interact regularly with organizations such as the World Wide Fund for Nature (WWF), Conservation International (CI), the Wildlife Conservation Society (WCS), and institutions such as the French Development Agency (AFD) and the German Kreditanstalt für Wiederaufbau (KfW); and with our partners around the world.

Most of the time, we assist our clients over the long run, in the context of global mandates such as the one for the MBF (described below).

We may also intervene on specific ad hoc missions (Audit or others). 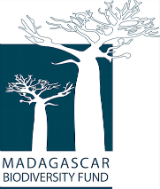 Established as a private Malagasy foundation, declared of public utility, it carries out numerous actions that relate to the funding of the protected areas costs and of projects that aim at reducing the pressures put on them, while addressing the needs of the population. The Foundation supports 2 million hectares of protected areas spread over 28 sites, which cover 1/3 of Madagascar Protected Areas System. Six of its parks are part of the UNESCO World Natural Heritage. Besides, it is estimated that grants of the Foundation positively impact the lives of one million people in the country.

Since 2005, year of its creation by the Malagasy Government, Conservation International (CI) and the WWF, the Madagascar Biodiversity Fund has been striving for the financial sustainability of Madagascar’s biodiversity (Madagascar is one of 17 countries labelled as “Megadiverse” by CI and the United Nations, these countries hold over 70% of the earth’s biodiversity).

All of the above in addition to the usual role of Perennium : investment supervision (with a trade-by-trade monitoring of portfolio activity undertaken by the asset managers) and detailed monthly Reportings showing consolidated wealth, performance and risk exposures.

A selection of our Clients

Perennium is working with a number of clients, in Switzerland and internationally. Below are representative examples, in the social and environmental fields (for global mandates as well as specific missions).