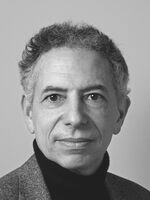 Arnaud brings 25 years of experience in the financial industry, across London, Paris and Geneva. He has worked both in Investment Banking (financial markets, risk management) and in Asset Management (investment strategy, portfolio management), being in charge of various European business lines for leading organizations (such as Goldman Sachs and Deutsche Bank Asset & Wealth Management, where his last position was Head of Global Investments for the Private Bank in EMEA).

Arnaud has sat on the Board and/or chaired Boards and Investment Committees of various Pension Funds.

Arnaud holds a Master in Management from HEC Paris and a Master of Science from ENSEIRB. He is an adjunct professor at HEC Paris (and formerly at EPFL in Lausanne), in charge of courses on investing, portfolio management and sustainability, topics on which he also regularly gives conferences. 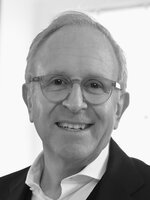 Olivier has 33 years of experience in the financial industry, across London, Zürich and Geneva. He has worked both in Investment Banking (Goldman Sachs, Ecofin) and in Asset & Wealth Management (CIO of Goldman Sachs Bank, CIO and Partner of Darier Hentsch & Cie, MD and Head of Global Key Clients Solutions Group for UBS). Before joining Perennium, his last position was Director, UHNWI & Family Offices – Europe for Pictet Wealth Management.

He is Board Member and Treasurer of Association FXB International and serves on the Conseil de Fondation of the Fondation Gustave Ador. 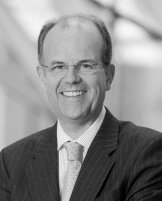 Arnaud de Servigny was until 2014 the Chief Investment Officer (CIO) for Wealth Management at Deutsche Bank (DeAWM). Before that, and until mid-2010, Arnaud was a Managing Director at Barclays Wealth, where he was in charge of Economic and Behavioural Research, Investment Strategy and Asset Allocation. From 2001 to 2006 Arnaud was the Global Head of Quantitative Analytics at Standard and Poor’s.

Arnaud is also an Adjunct Professor of Finance at Imperial College Business School in London, where he co-launched their Master of Financial Engineering and Risk Management programme in 2005.

Arnaud holds a PhD in Financial Economics from the Sorbonne University, an MSc in Quantitative Finance (DEA) from Dauphine University, and a Civil Engineering MSc from the Ecole Nationale des Ponts & Chaussées in Paris.

Currently, Arnaud runs Bramham Gardens, a Research Lab focused on the nexus between artificial intelligence and portfolio management. He assists Perennium on strategic matters (in the capacity of Advisory Board member).

Inès worked in Project Finance over a 10-year period at BNP Paribas, first in Milan and then in Paris. As part of the execution team, she closed various advisory and arranging transactions, for both private and governmental institutions, mainly in the energy sector. She also focused on project finance transversal topics and portfolio monitoring. Relocated in the Geneva area, she completed a formation in financial controlling.

Inès holds a Master in Banking and Finance from Dauphine University (Paris).

Maryline started her career in M&A at BNP Paribas in the Media & Telecoms industry. In 2000, she moved to Galileo Partners, a leading French Venture Capital fund, where she was a Principal in charge of investing in the Tech sector.  In 2003, she co-founded Elaia Partners, a VC fund dedicated to early stage investments in the digital space. In parallel, during 10 years, she served as a board member for Bloom, a nonprofit association dedicated to the protection of the oceans. She helped Bloom develop from a small scale association into one of the main lobbyist players in that field.

Maryline holds a Master in Management from HEC Business school (Paris) and a LLM in private law from the University of Panthéon – Sorbonne.

Currently, Maryline is the Managing Partner of a private multi-strategies family office. In her capacity as Advisory Board member, she assists Perennium on the private equity and impact investing field. 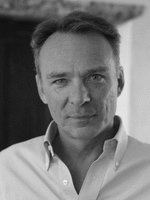 Franklin holds a double degree in electrical engineering and history from Carnegie Mellon University in Pittsburgh (PA). Over the past 25 years, he has worked in the Media and Tech sectors in New-York, in cultural philanthropy in Tokyo, in the sport area in Lausanne, and launched a start-up in Paris. Some of his notable previous positions include Communication Director for the IOC and then for the Race for Water Foundation (a Swiss-based charity dedicated to water preservation and to preventing the plastic pollution of our oceans and waterways), as well as advisor to the president of the World Economic Forum.

Franklin brings to Perennium his great knowledge of the philanthropic world and his global vision (in the capacity of Advisory Board member). 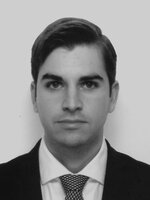 Federico started his career in the Geneva banking sector in 2017. After graduating from HEC Lausanne with a Master’s degree in Finance, he worked as a Junior Trader in the European energy markets for a Dutch company active in the trading and supply of gas and electricity.